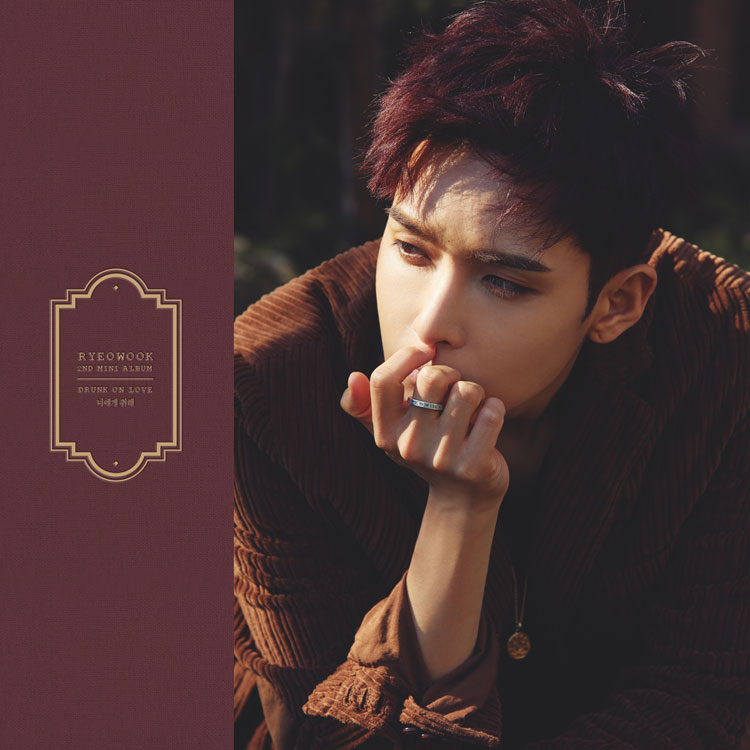 The ‘Exquisite Ballad Singer’, RYEOWOOK, is returning with the new album, ‘Drunk on love.’

RYEOWOOK is releasing the digital tracks of his second mini album, ‘Drunk on love’, and the music video for the title song, ‘I’m not over you’, through various online music sites at 6 p.m. on January 2, expecting great responses from fans.

Especially, ‘Drunk on love’ is the first album to be released in about three years after ‘The Little Prince’, the first mini album released in January 2016 and the album that marks the beginning of his full promotion as a solo artist after the discharge from the military. It will be a chance to experience more intensified musical sensitivities of RYEOWOOK.

Previously, RYEOWOOK has proven phenomenal singing ability as the main vocalist of SUPER JUNIOR and as a member of the vocal unit, SUPER JUNIOR-K.R.Y., and through various drama OSTs and musicals and also displayed his capacity as an all-around entertainer through various variety shows and radio programs.

RYEOWOOK’s voice for this winter!
‘I’m not over you’, the title song presented as an epic!
‘Drunk in the morning’, the best sentimental ballad!

The title song, ‘I’m not over you’, which combines sentimental piano melody and the clear voice of RYEOWOOK, reminds listeners of a film in the memory through the lyrics that were written as if the writer wrote a letter with a number of thoughts that follow a parting. Brilliant orchestration is added to the narrative that grows more passionate toward the end to complete a pop ballad song that touches heartstrings.

‘Drunk in the morning’, the third track that continues the narrative of the title song, ‘I’m not over you’, described the feeling of a man who is imprisoned in the state of parting that he could not overcome as though he is intoxicated in it to touch the hearts of listeners.

Other songs include ‘One and Only’ which is an authentic R&B pop song that features delicate acoustic guitar lines and RYEOWOOK’s gentle voice, ‘Without You’ which is an interesting medium pop song that features the guitar sound and clam strings sound, ‘Something Good’ which describes the thrill before starting a new relationship, ‘Sugar’ which is a bright medium tempo song with the witty lyrics that expressed the person he loves as “sugar”, and ‘The 2nd Story’ which he wrote and composed by himself while thinking about his fans when he was serving in the military. All seven songs will present diverse music styles of RYEOWOOK.