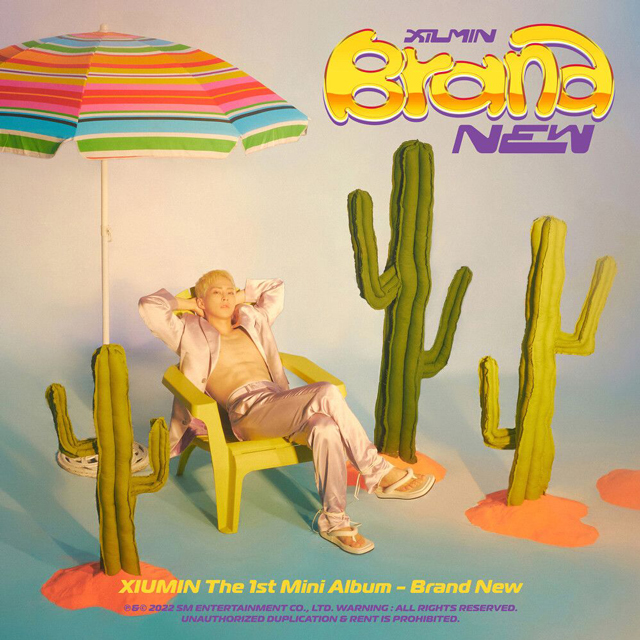 5 Songs, including the Single in Old School Vibe, ‘Brand New’!

This is the first solo album he releases after his debut. It contains five songs of various charms, all expressing the sensitivities of the 1990s to early 2000s in XIUMIN’s style. It expects to win dynamic responses from global music fans.

Especially, XIUMIN gained global popularity while actively promoting as a member of EXO and EXO-CBX, presenting solo songs, OSTs, and collaborations, and winning support as a multi-talented entertainer appearing in musicals, films, variety shows, etc. The new promotion of this album is raising expectations.

The single, ‘Brand New,’ is a dance number with an old-school atmosphere and an addictive hook. The lyrics wittily express the determination to show the lover newly changed me as if you are giving a surprise gift.

‘How We Do’ is a new jack swing genre song that combines 90s sensibility and modern sound. The lyrics send the message, ‘Let’s get away from the fixed answers set by the world and become true to yourself and me.’ Listeners can again enjoy the hip chemistry of XIUMIN and NCT’s MARK, who is featured in the song and participated in the rap making. Their previous collaboration, 'Young & Free,' was released through SM 'STATION' in 2017.

In addition, ‘Feedback’ is an up-tempo dance song which harmonizes strong synth sounds with a danceable beat. The lyrics depict a situation where one waits for a definite answer from the person he is attracted to get closer to her with a feeling of tension. ‘Love Letter’ is a retro ballad song with a lyrical and calm melody. It captures the image of writing a letter to confess love clumsily but sincerely.

‘Serenity’ was pre-released at XIUMIN’s online fan meeting ‘ON: XIUWEET TIME’ and ‘SMTOWN LIVE 2022: SMCU EXPRESS @HUMAN CITY_SUWON’ in 2021 and gained recognition. All five songs will present the colorful charms of XIUMIN.