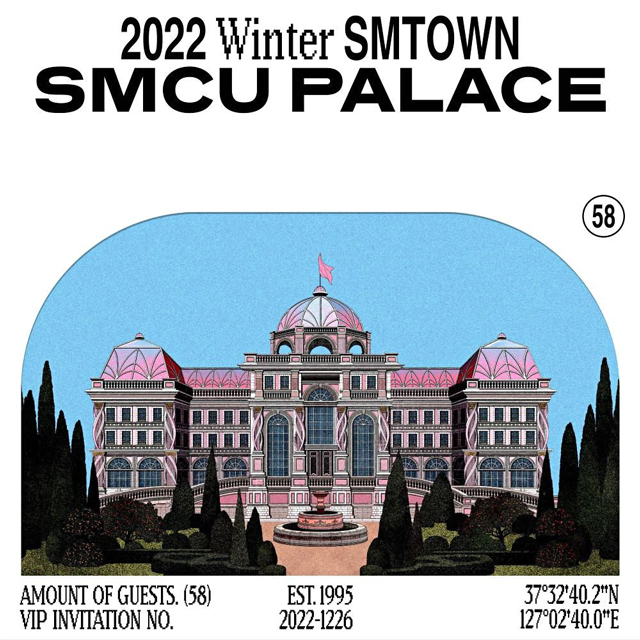 This album is a part of the ‘SMTOWN : SMCU PALACE’ project, which allows spectators to experience a more expanded SMCU (SM Culture Universe) on the concept of ‘SMCU PALACE’, a virtual space that exists in ‘KWANGYA.’ It is raising expectations as it will be the chance to enjoy various combinations of SM’s top-notch artists.

Previously, SM once again proved its enormous brand power as the total sales of ‘2021 Winter SMTOWN: SMCU EXPRESS,’ released in about ten years since 2011, exceeded 650,000 copies and recorded the highest-ever sales of SM season albums. This album is also expected to receive a dynamic response.

Single, ‘The Cure,’ a campaign song with a message of sustainable solidarity!

The single, ‘The Cure,’ is a pop song composed of exciting African rhythm and a huge choir. It sends a message for sustainable solidarity to address various problems that modern society faces and comfort and heal the wounds caused by such problems.

In particular, as much as the song announces the beginning of the Global Movement that SM will promote in the future in response to climate change, KANGTA, BoA, and leaders of all SM teams, including TVXQ's U-Know, SUPER JUNIOR's LEETEUK, GIRLS' GENERATION's TAEYEON, SHINee's ONEW, EXO's SUHO, Red Velvet's IRENE, NCT's TAEYONG, MARK, and KUN, and aespa’s KARINA, participated as representative artists, and TAEYONG and MARK also teamed up for rap lyrics to strengthen the message.

Another single and pre-released song, 'Beautiful Christmas,' is a carol dance song sung by Red Velvet and aespa. The sweet lyrics that say today that they spend with a loved one is the best moment of life and the two groups' refreshing vocals create an exciting party mood.

Also included are the two songs by 'SM's representative vocalists,' such as 'Where You Are,' which is a ballad song that lets you enjoy the delicate vocal charms of SUPER JUNIOR’s RYEOWOOK, SHINee’s ONEW, NCT’s DOYOUNG, CHENLE, and XIAOJUN and 'Happier,' which is a pop ballad that added emotion to the song through the warm vocals of KANGTA, SUPER JUNIOR’s YESUNG, EXO’s SUHO, NCT’s TAEIL and RENJUN. With the songs described above and SM Classics' original soundtrack 'Welcome To SMCU PALACE,' this album delivers a total of ten songs.