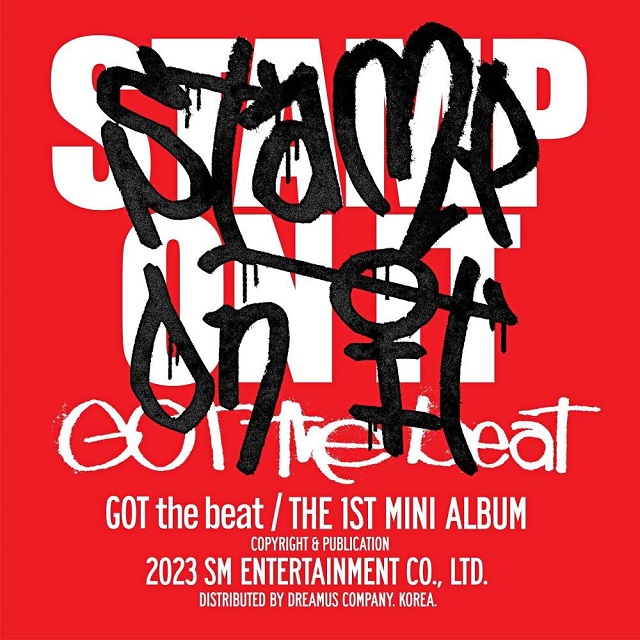 GOT the beat, Releasing the 1st Mini-album, 'Stamp On It,' on January 16th!

The 'Performance God,' GOT the beat (SM Entertainment), will release their first mini-album, ‘Stamp On It,' on January 16th.

This album contains six songs, including the single of the same name, 'Stamp On It.' Since GOT the beat is a unit that emphasizes intense dance songs and performances, the album will give fans a chance to enjoy various attractive dance genre music and is expected to receive an enormous response from them.

In particular, GOT the beat is the first unit of 'Girls On Top (GOT),' a project where SM's female artists form units of new combinations on different themes. It comprises seven members: BoA, TAEYEON, HYOYEON, SEULGI, WENDY, KARINA, and WINTER. For it has proven its high popularity and potential to become a top topic by winning first places on various music charts only by releasing the sound source for 'Step Back' in 2022, this album raises expectations even further.

Single 'Stamp On It,' imprinted GOT the beat's identity on listeners' minds!

The single 'Stamp On It' is an R&B hip-hop-based dance song with an impressive groovy piano and punchy 808 bass beat. The lyrics tell a story of survival to rise to the top through harsh competitions on the stage. GOT the beat imprints its unique identity on listeners' minds with energetic vocals and intense performances.

'Goddess Level' is a powerful dance song with a heavy trap beat and rhythmic brass sound. The lyrics convey a positive message to believe in ourselves because the true God exists inside us. 'Alter Ego' is a dance song with various bass riffs added to the breakbeat. The lyrics on the theme of the seriousness of environmental problems suggest waking up another self to make a change.

'Rose' compares beauty to the sharp thorns of a rose, along with chic vocals. 'Outlaw' creates an overwhelming atmosphere with a cynical low-pitched voice and explosive high-pitched vocals. 'MALA' captures a cool attitude to love ourselves as we are and enjoy this moment. In this album, you can find six new songs with various moods.