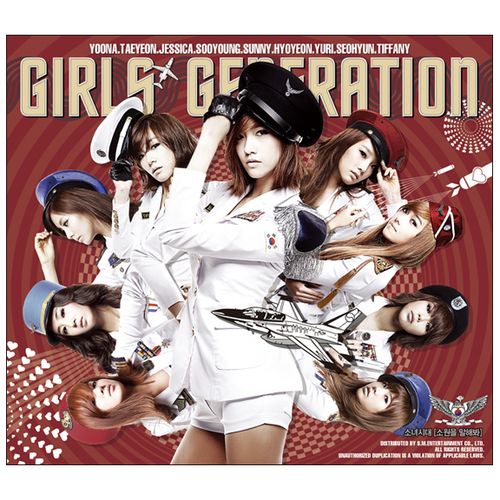 Girls’ Generation Returns as ‘Goddesses of Luck’
Ready to Sweep Over the Second Half Following the Success in the First Half, Topping Charts 6 Times in a Row!
Release of the Second Mini Album, ‘Genie’, on the 29th!


Girls’ Generation is coming back with the second mini album, ‘Genie’ on the 29th, to make the second conquest of the popular song circles following the previous one in the first half of 2009.
Girls’ Generation swept the popular song world in the first half with ‘Gee’ syndrome by conquering various music charts for records, contents, mobile, and the number of broadcasts and also by setting the new record of topping KBS ‘Music Bank’ chart for 9 weeks in a row. For the second half, they returning as the goddesses of luck through ‘Genie’ to conquer the popular song circles again.

Genie, the title song of the 2nd mini album that will continue the ‘Gee’ syndrome, is a trendy dance music created through the collaboration of the best musicians of the time including hit composers Young-jin Yoo, Han-jin Yoo, and ‘Dsign Music’ which is a team of European composers actively engaged in US as well as European music scene. The dreamlike intro and bright and delightful refrain make an impressive balance.

Especially, the song has an interesting lyric which tells a story of the people who were exhausted and discouraged in everyday life however, regain the passion and confidence they have once lost through the spirit and energy transmitted from Girls’ Generation, the ‘Goddesses of Luck.’

Fantastic Harmony between Jessica and O New! The Duet called ‘One Year Later’

Also, the pop-ballad, ‘One Year After’, is a duet that became brilliant through the fantastic harmony by Jessica’s feminine voice capable of making delicate expressions and the sweet, warm, and charming voice of SHINee’s O New, and the lyric describing two lovers facing each other a year after the breakup which they did not really mean to renders the melody more touching.

The album contains other great songs in various genres such as ‘Etude’, the Euro Dance number teaching you how to be loved via the vivid voices of Girls’ generation. ‘Girlfriend’ that reinterpreted the retro sound of the 1980’s, ‘Boyfriend’ with the lyric that makes a sweet depiction of the anxious heart of the one-sided love, and ‘My child’ with the lyric made of untainted words like a fairy tale depicting the future that anyone would have imagined once in their life.

Famous composers inside and outside of Korea such as Young-jin Yoo, Kenzie, Sung-je Hwang, Jin-hwan Kim joined the production of this album and made it more complete via the perfect teamwork with Girls’ Generation.

Girls’ Generation will be appearing in a number of places for their 2nd mini album ‘Genie’, starting from KBS ‘Music Bank’ on June 26, and the people of the popular song circles are waiting to see what kind of syndrome they are going to bring this time.