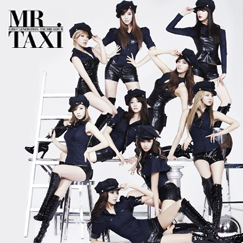 
Not only ‘The Boys’, the title song of the album released on October 19, set remarkable records such as sweeping charts in various music sites as soon as it was released, but also ‘The Boys’, the 3rd full-length album itself released on the same date, swept various album sales charts that Girls’ Generation caused another sensation in the popular music circles by sweeping both sound source chart and record chart.


The music video of the Korean version of ‘The Boys’ released in You Tube on October 19 was ranked the 3rd in the list of the ‘Most Viewed Movie’ this week (as of October 25) in the international music category to prove the worldwide fame of Girls’ Generation and currently the number of views exceeded 21 million to show the enthusiastic responses from the world fans.


Also, Girls’ Generation swept KBS Music Bank chart for 6 consecutive weeks in 2011 with the title song, which is the longest record in the history of the chart, swept SBS Popular Song chart for 3 consecutive weeks, and also swept M.net M Count Down (Triple Crown) that in total Girls’ Generation was ranked 1st 12 times only in typical music programs of the public and cable channels. Girls’ Generation also won the Singer of the Year and Female Group Singer Awards at 2011 M.Net Asian Music Awards held in Singapore on November 29 and proved the supremacy of the best girl group.


The 3rd full-length album, ‘The Boys’, was also released officially in Taiwan on November 18 and swept weekly charts of various album sales charts of Taiwan such as FIVE MUSIC, KuangNan, and G-MUSIC. Especially, Girls’ Generation was ranked the 1st by putting aside the popular singers of China and Taiwan in the combined chart of G-MUSIC that they proved their great popularity.


Girls’ Generation will mesmerize the music fans of the world again with the ‘Mr. Taxi’ version of the 3rd album following ‘The Boys’ that enjoyed great popularity in Korea as well as the world.


Especially, ‘Mr. Taxi’ has already topped the ORICON Daily Chart after it was released as a single in Japan in April and is also included in the 1st full length album released in Japan which currently sold over 700,000 copies, and its Korean version, performed for the first time at the 2nd solo concert of Girls’ Generation held in July, received fervent responses from the fans that the song is expected to become a hit following ‘The Boys.’


Girls’ Generation will continue their appearances on various stages in relation to the 3rd full-length album, ‘The Boys’, until the end of December.