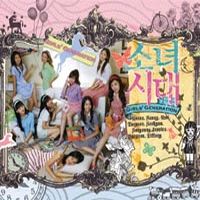 Girls are taking over this age!
The hottest issue in the K-Pop circles! The teenage high school girls group, Girls’ Generation!
The first single created with great ambition, ‘Into the New World’, will be released in full scale on August 2!


Group, Girls’ Generation (SM Entertainment), is getting explosive responses and supports from music fans even before the official debut, and they are going to begin their full scale activities after releasing ‘Into the New World’, the first single after the debut, on August 2.

The name of the group, ‘Girls’ Generation’, means that the girls will take over this age and was established with the great ambition to take over the music world in the whole Asia including Korea. The group is constituted with members’ fluent in many languages including English, Chinese, and Japanese and versatile in various fields such as singer, actor, television actor, MC, DJ, and model.

The title song, ’Into the New World’, gives the dynamic energy and passion of teenagers
The first single of Girls’ Generation has 3 songs including the title song, ‘Into the New World’, ‘Beginning', and ‘Perfect for You, and they are expected to become hits on the charts with the unique charms of Girls’ Generation. The title song, ‘Into the New World‘, is the work of Kenzie, the composer with many hit songs, and it is a brilliant and energetic pop dance song that contains the purity, passion and confidence of teenagers. The melody containing dynamic energyand the elegant arrangement outstand in this song. Especially, this song brings the message of support and hope for the new world to the modern people who are exhausted from daily routine, and it pursues perfect harmony among the ambience of the song, lyric, and cheerful performance of members on the stage to bring up its perfection even further.

The rock dance song, ‘Beginning’, combined rock, country and dynamic dance beats in an exquisite way, and the lyric that brings the feeling of innocent love and the powerful voices of the members are quite impressive. Also, the colorful arrangement and gentle melody outstand in the cute and medium speed dance music, ‘Perfect for You’, and it brings the lively and girlish emotions.


The first single, ‘Into the New World’ containing many charms of Girls’ Generation will be also released simultaneously in the online music sites such as Melon, Dorisak, and Cyworld on the date of release, August 2nd, and additional services like ring back tones and Ring tone will be launched in advance through IPLE 4862 (4862 + Nate or Magic N).


On the other hand, Girls’ Generation will be seen in many places in the entertainment world staring with the August 5th edition of ‘SBS Popular Song’ and is expected to top the Pop charts in the second half.